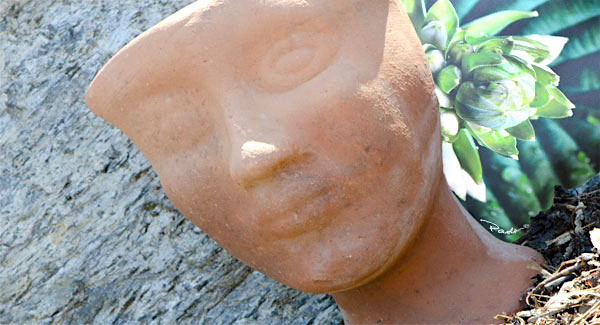 Eleanor and the Promise of Warm Weather in the Garden

Eleanor is a small terracotta planter we bought at Campo de’ Fiori in Sheffield MA. The pot was modeled after a friend of shop owner Robin, who grew up in Rome. The store takes its name from a small piazza where his mother used to buy flowers and vegetables. My Eleanor is outside in the garden on the stone wall- waiting for warmer weather so we can decide what kind of plant hairdo she’ll wear. However. April is the cruelest month. Are your buds covered with ice again? 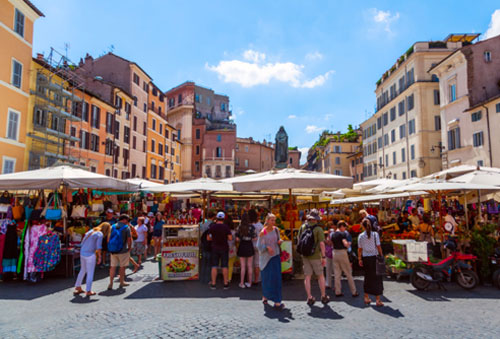 Campo de’Fiori, in Rome. Imagine. Just across from the Tiber River and 15 minutes from the Roman Forum.  I want to be there! You?   First, let’s take garden inventory outside in Litchfield. 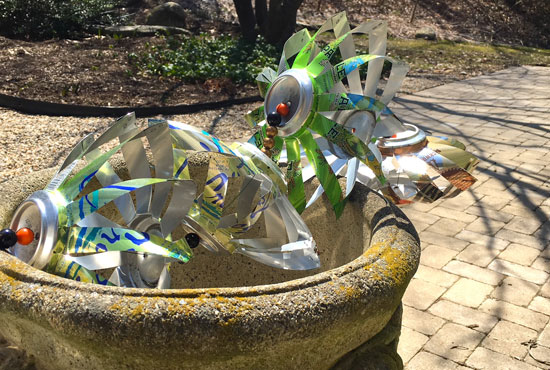 The sun came out briefly the other day and warmed things up a bit so I went outside to take some photos. Before making it to the skunk cabbage marsh, I saw a missing mobile my sister gave us last year. At some point mid-winter, the mobile launched itself clear across the lawn, arrested at the foot of some junipers. I washed it and laid it out to dry. Whew. The awesome skunk cabbages are re-emerging. It’s a rite of Spring. Cool info on skunk cabbages. 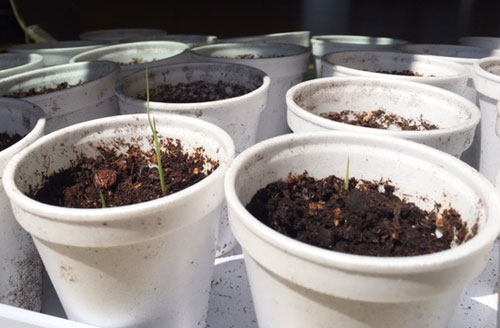 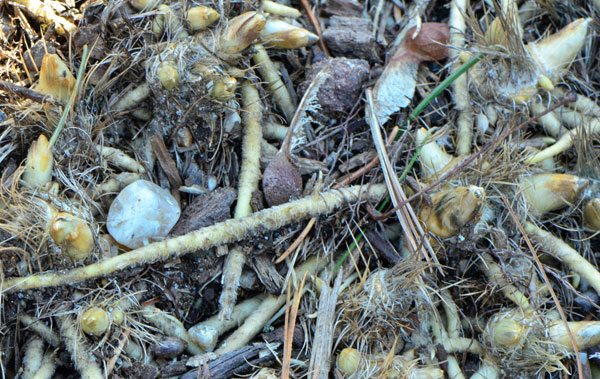 On January 23, I planted some of my own harvested daylily seeds in the kitchen. Seven weeks and no sign of life. Yesterday, just under 7 weeks. Four tiny lily shoots have emerged. So exciting. Additional lily seeds in water and the fridge are still MIA. I’m so impatient, I could have tossed them last week!  Life takes time- another lesson to continue learning.  While the tulips and daffodils are almost six inches, the hostas are barely visible. I love their early fuzziness. It’s very different  from their grown-up selves.

Sister Rosetta Tharpe was an American singer/songwriter and guitar playing powerhouse with gospel roots. She was just inducted into the Rock and Roll Hall of Fame. She influenced many, including singer/songwriter Sam Phillips, whose roots were also spiritual. Sam lifts some words from a Sister Rosetta song. I especially like Sister Rosetta’s words, ”Up above my head, I hear music in the air, there’s strange things happening every day that we can’t see that happen all around us – the inspiration… where do those things come from? I think through music and art is how we get to ecstatic experiences.”

The song is called “Sister Rosetta Goes Before Us” and is performed by Alison Kraus on an album with Robert Plant. Awesome visuals of the Italian landscape. Paola Prints pillows bring you the comfort found in nature by capturing beautiful garden photos and artfully applying them to fabric. Come see us at the Bruce Museum Crafts Festival in Greenwich, May19-20! 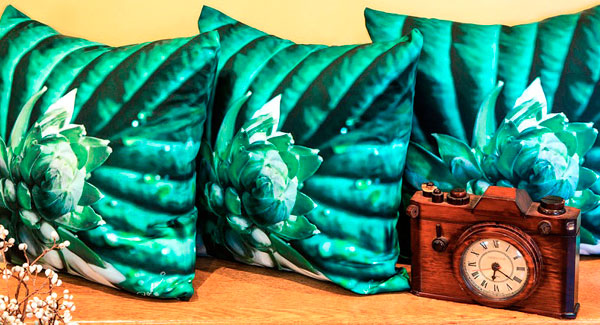