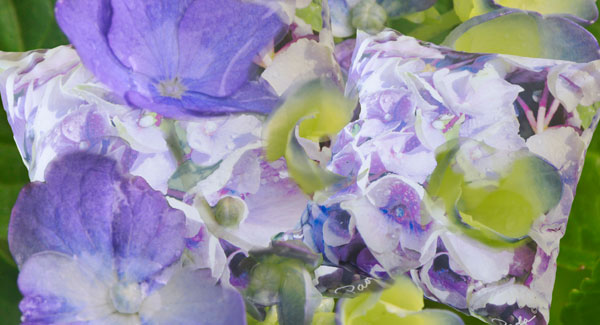 Ever notice your hydrangea bushes wilting in the heat of day? Fortunately, hydrangeas were designed to catch water- each little seed capsule is wide open, ready for any passing moisture. Hydrangeas love regular watering- it  yields more flowers too. This year in Connecticut- we have no worries, plenty of water.

The meaning of the word hydrangea stems from the Greek words for water (hydros) and jar (angos). Last summer’s draught took its toll on hydrangea flowers. Did you notice? I had nothing!

Hydrangeas are native to southern and eastern Asia and the Americas. Their prolific travels have earned them varied myths; a sign of apology in Japan, arrogance in Europe, even frigidity in the Medieval Ages. Young women who grew them were in danger of never finding husbands. 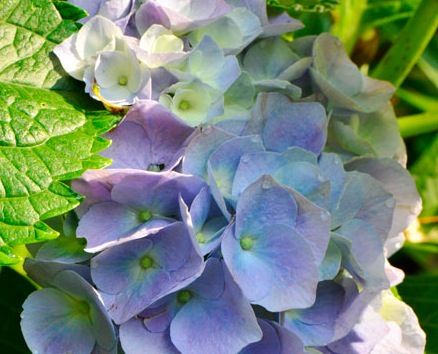 Hydrangea colors vary greatly and it’s true that the pH of the soil impacts the color- the more alkaline the soil, the pinker the flowers. You can turn pink hydrangeas to blue (or keep blue ones from turning pink) by increasing the acidity of soil. I haven’t done this yet. But here’s one way to figure it out. 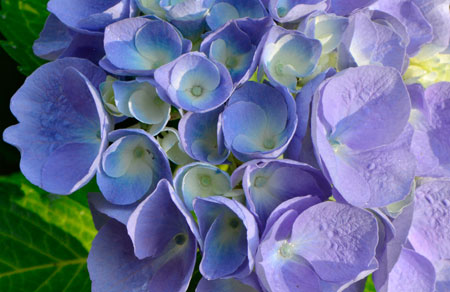 Personally, I’m fascinated with how a single hydrangea bloom changes color as it grows. I’ve been working with hydrangea photos to elicit a watercolor effect that emerges as they mature. Fascinating.

Different kinds of hydrangeas get pruned at different times depending on when they bloom. More about that here, from Kent CT. 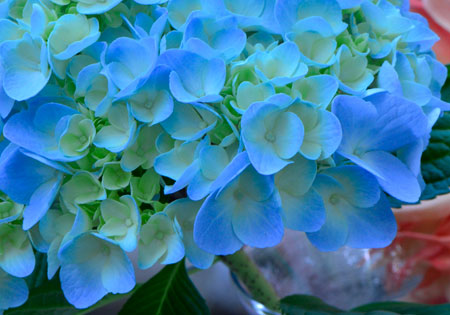 This weekend, I’m redeeming a Mother’s Day gift from my husband- tickets to a Violent Femmes concert in Boston. Violent Femmes is a funny, somewhat dysfunctional alternative rock band that’s been on and off again a few times, starting in 1970. The core band members are from Milwaukee, Wisconsin. Gordon Gano, the lead singer songwriter, is the son of a Baptist minister who got lots of music and theater exposure. Brian Ritchie, the bass player, is proficient at the shakuhachi, a Japanese bamboo flute. You’d never guess it to look at him playing his bass. Solid. And, a very haunting flute musician.  Early Violent Femmes music sounded like the throbbing angst of male teenagers, (cuz they were) Consider “Blister in the Sun”

This new song from 2016 is quite different. I thought it fit the hydrangea theme. Jesus Walking on the Water- Live at Electric Lady.

You just never know. What will Saturday night’s Violent Femmes concert bring? You always know what Paola Prints brings, in stock now….See them and buy here.

Sign up for my weekly blog here and see new designs as they emerge.