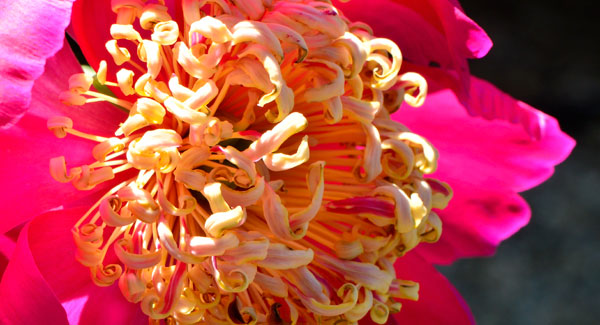 Is it Art or Craft?

Something well crafted is something that’s well made, even handmade. Art is far more esoteric. And probably NOT functional, as a craft might be. Sounds a little confusing. What determines art or craft?

My artist parents and many others, have debated this issue for years. My dad was a college professor. As an artist, he saw himself as a sculptor, not ”just” a potter. Each bowl was a unique piece of art, not just a functional bit of home goods. Why can’t they be both?

I think the Greeks (and ancients from other cultures) had the right idea.“In the old world it (art vs craft) wasn’t a problem. Greek pots, made of ceramics and meant to be used, their surfaces decorated, are among the most refined objects produced in ancient art. But after the rise of modernism in the mid-19th century, the divide between fine art and craft began to spread into an unbridgeable gap.” An article from the St. Louis Dispatch 2009, called Crafts Vs. Fine Art speaks to some of this. 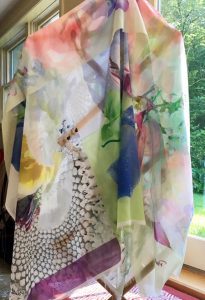 Chiffon drying after wash before sewing. The light pours through the flowers as if in the garden. I learn from printing and sometimes take design back to the computer.

The conversation continues. Paola Prints was recently juried into the Bruce Museum Craft Festival. We weren’t accepted into a Fine Arts Festival in Westport. The reason goes to that age-old disassociation people still make between art and craft. In some circles, crafts are now also called digital. Digital, less than.

Paola Prints’ designs are ultimately printed not hand painted. I believe “art” is in the mind and skill of the artist and can be executed in unlimited ways- alone and with others. A few years ago, there was a question whether American Craft Council would accept me as a member because my work is digital and printed. I studied the fine arts for many years. I’ve chosen to work in a digital environment (Nikon to Apple to press) because it allows me to better capture the designs I want to apply to fabric. 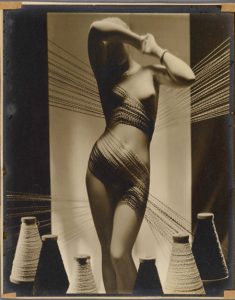 There’s an interesting article in the Times called, “It Was an Ad? So What. It’s Still Art.” Which picks up on photography and distinctions made between photography and fashion photography. There a new show opening at the fabulous J Paul Getty Museum, in LA that sounds pretty cool. As author Vanessa Friedman states, fashion photography is coming into its own after many years of prejudice against it as an art form. My only comment would be that it really depends on the people doing the work. Some are artists, some are not. Anton Bruehl and Nick Knight were. You can read the full article here. 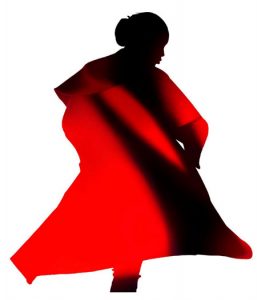 Nick Knight’s “Red Coat I” with Naomi Campbell, for Yohji Yamamoto (1987)You can read Vanessa’s full article from June 22 here.

What Lovers Do is a song by Maroon 5. The lead singer, Adam Levine, is very impressive. No less impressive is the videographer, Joseph Kahn. Kahn has won awards for his work for many top recording artists. He is amazing in his ability and skill at turning words into art. You can see why here. 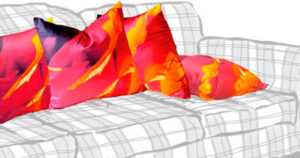 Rosa, a colorful addition that goes with every color.

Paola Prints adorable pillows are in stock and waiting for a good home that craves color. Do you?