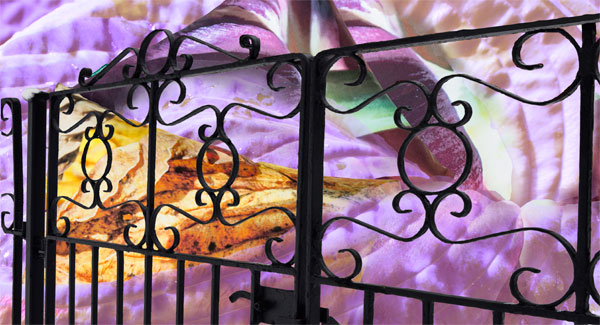 Gardening has taught me something about life. Try as you might, you simply can’t rush the change of seasons. How many times do you find yourself hustling through every little thing because there’s always more stuff to do back of it? Lent is a time I try to do better at living slow and appreciating what’s here- in the moment. The image I created for today started with a winter photo (taken just after the snowstorm) -the iron garden gate black, against mounds of white snow. It reminded me how much I like black and white, even as I rushed to add color…Some of us have a harder time living slow than others.

Lent is the old English word for Spring. The season of Lent lasts approximately 40 days and is practiced by persons of many Christian denominations. With its association to Spring, I’ve grown to believe that as with the seasons, there’s a value to allowing a process to unfold rather then racing to a hasty conclusion. Sometimes, good things can take a little longer. 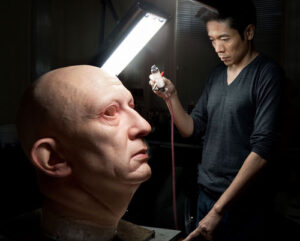 Do you ever get frustrated with actors that look incredibly perfect? Depending on who’s photographing them, the end results can be almost magical. Magazine covers of stars at the check out. Glossy donut posters that really look nothing like what you eat.  Photoshop works wonders at creating a new look out of something quite different. Hmm. Thought for the day.

As always, there’s a process to the work of re-creating a photo. l-r. To begin with I had to make the snow disappear. From there I was off and running. Pulling out the background in order to place the gate over the pillows.

Did you know it took four hours for Gary Oldman to become Churchill? Having watched the actor for years, I just couldn’t imagine how he could become that person. Enter Tsuji, the artist who created the man. Fascinating story.

Billy Wylder Rock band leader Avi Salloway says that Billy Wylder (his band’s name) exists in his heart. He seems perfect for celebrating life as process. In 2012, Avi said his songs “were built around this character, Billy Wylder,” he said. “He’s a guitar-slinging, Robin Hood cowboy who’s been moved by the power of music to bring people together and help them rise up.” He sings songs of love and adventure. This is Vineyard. I especially love the video. It feels like anyone could join in and play! 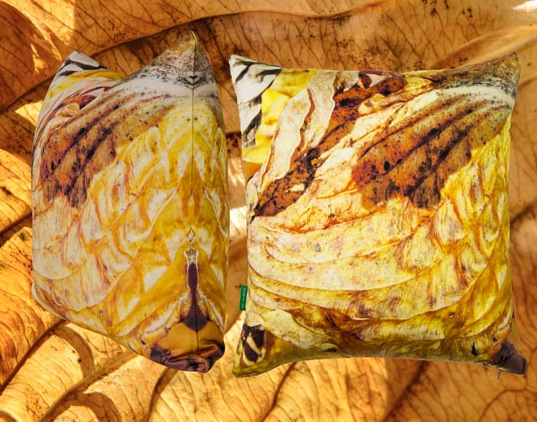 I grow, shoot and create Paola Pillows from a love of gardening, color, light and fabric. Each design is intended to bring comfort to those who discover them. See all ten designs here.