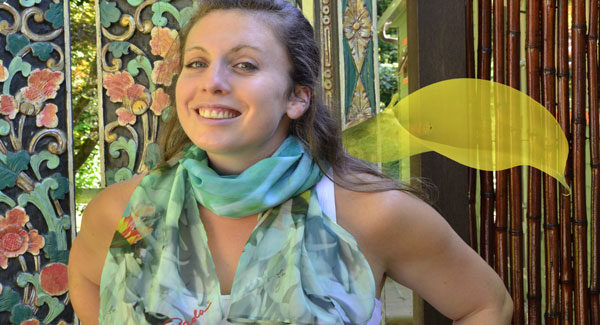 There’s something new in every season. I discovered the yellow calla lily in a mix of mystery shoots that appeared after putting pots outside this Spring. It reminded me of the never ending mysteries that surface raising kids. Like Bridget.

As hard as you try, you can’t know everything. Life is made of change. 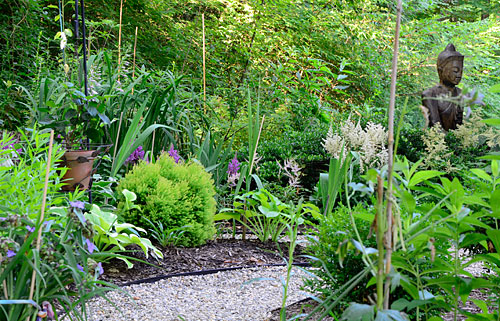 Each year I add more and different plants. July has a lot of green. Knowing that I’ve been adding in different colors and textures of green  rather then being obsessed with bringing in annuals for continuous color. It’s also less work and watering.

I’ve always been a gardener. Each of us  had a small garden of our own growing up. Spring planting has long been an annual ritual. Ground preparation, seed selection and planting. Water and weeding for days on end until the glorious inevitable payoff. FLOWERS, FOOD. NEW STUFF. 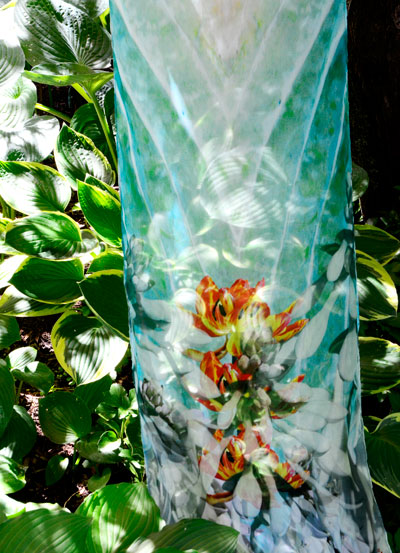 Dancing Tulips is made from pieces of my largest and oldest hosta plant, an original inhabitant before we bought the house. One of my favorites, it now has a place of honor on one of my favorite scarves.

Today, I grow flowers and plants that rarely bear fruit of the sort that humans eat. The fruit of my garden is the visual feast of nature photography. I adore it. I have thousands of photos waiting to be incorporated into new works of art. It’s interesting that many of the plants I’ve photographed are gone from the garden. It’s bittersweet using them in new designs even as I also miss seeing them outside.

I was thrilled that my daughter Bridget allowed me to photograph her for my website and new scarves. (She hasn’t always been thrilled having her photo taken). I’m pretty sure her brothers have never liked having their photos taken.

Bridget’s blue eyes were the inspiration for my choice of song for today by the Jeff Healey Band- Angel Eyes It’s a golden oldie and a great summer song.

Jeff was a Canadian jazz and blues rock musician. He was born in Toronto and adopted as an infant. Just before the age of one, Jeff lost his eyes to retinal cancer. He began playing guitar at the age of three. At the age of nine, Jeff was showcased on Ontario TV in a children’s program. He is a testament to passion for life through his music. He ultimately lost his life at the age of 41 to cancer.

Paola Scarves are now available to order. You can read about their process here. And order here. More photos coming soon. We just did the photo shoot today!

Paola Scarves are made to order. We stock our pillows, also made from my garden images. You can see and order them here. They ship with a soft feather down insert, oh so soft! 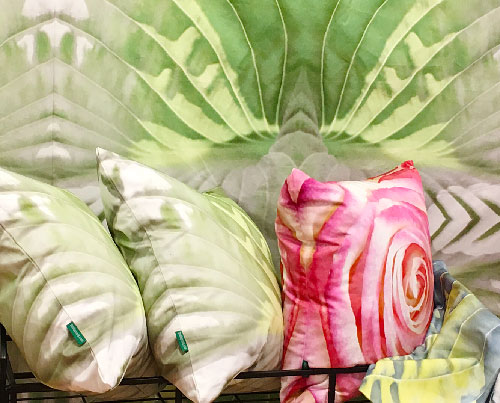