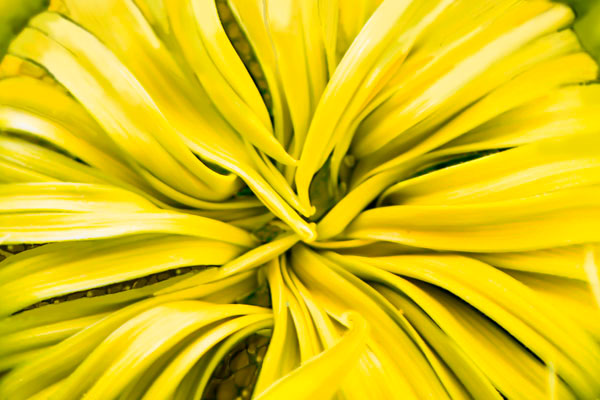 Ever watch a movie or TV show and think, “There’s so much more to this story then they’re telling?” Every pillow story is unique; some designs involve way more effort than you might think.

I was working hard on this sunflower last night. Sunflowers thrive in full sun which makes photographing them challenging. This one was at least 6’ tall and in typical fashion, I took the photo from high on a ladder, hand holding my Nikon very close to be sure and get the angle I wanted. The sun was not cooperating and blazed away at me.

My preference is to shoot outdoors in natural light. If I love what I see- with minor changes, I’m good. Even though I use almost exclusively a macro lens, I’m less of a photo realist than a personality seeker. Then, there’s always the compositional challenge of creating images that work well in three dimensional viewing.

This sunflower I’ve printed on fabric several times, adjusting for color improvement -even drawing in some seeds that were underexposed. I then produced a couple pillows before I caved. Last night I brought the flower back into Photoshop for a further re-draw. It’s not done but it’s closer.

Life could be a dream but it isn’t. You work with what you have and sometimes, you work harder to get where you need to go. Music makes it more enjoyable along the way.

The Chord’s “Sh Boom Life Could be a Dream” was the only big hit they had. It’s considered to be the first doo-wop record to reach top ten on the pop charts. This recording was ranked #215 on Rolling Stone’s list of 500 Greatest Hit Songs of All Time.  http://www.youtube.com/watch?v=SBgQezOF8kY&feature=youtu.be

May it lift your day!