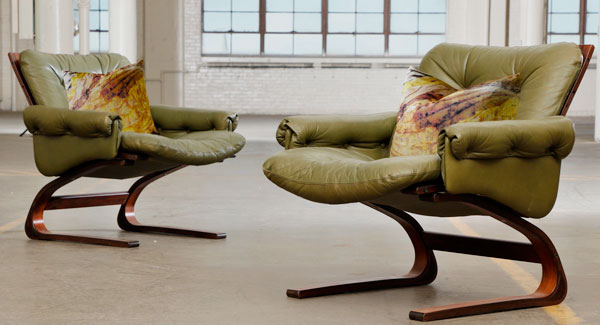 Is Mid-Century Modern Decor For You?

We’re headed to an auction preview in Bridgeport by Black Rock Galleries at the end of the week. It will be held at the Bridgeport Technology Center Warehouse- a two-day auction of contemporary and Mid -Century Modern home furnishings. It starts to close on October 25th at 7:30 pm. I chose a couple of Mid- Century Modern Lounge Chairs by Norwegian Designer Oddvin Rykken to host Paola Prints Woodland pillows. Their pairing is a testimony to the versatility of good Mid-Century décor- clean lines and it goes with everything. 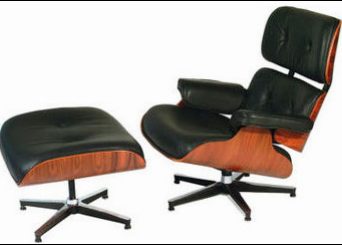 Mid-Century Modern describes mid–20th Century development in interior, product, and graphic design, architecture, and urban development from about 1933 to 1965. This article gives a good overview of the movement, how it fits historically and what people like about it.

One of the things I personally like about Mid-Century pieces is that the simplicity- stark at times, is an excellent foil for color and other more extravagant shapes. You get to add your own personality by building on basic comfortable pieces. Charles and his wife Ray Eames, were American designers who made significant contributions to modern architecture and furniture. 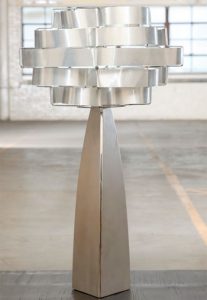 A Danish Mid Century Modern Geome Trica Lamp With A Metal Woven Shade, made in Italy- about 28” tall. I’m going for it.

Knut’s a German designer from the 60s who did a lot with propellers and glass. If you Google him, you’ll see lots of very fab tables–quite the sleek look. Sadly, there are already ten bids on this item and I’ve seen tables like it going for thousands.

Here’s the Designer’s Warehouse Sale link. Just going to these places is half the fun. In this case, I expect there will be work from really top designers of the day and then…some throw-aways we might have to consider. The best part is, we’re just looking. The auction happens online. 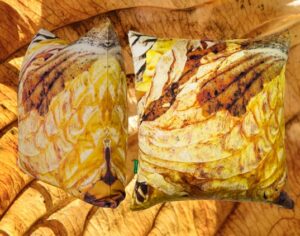 Cassandra Monique “Andra” Batie (born December 30, 1984), known professionally as Andra Day, is an American singer /songwriter born in San Diego. It’s refreshing these days to hear songs about rising up above daily life struggles. Andra also, as with many  musicians, began at a young age singing in her church. Great video-caring for her man. Rise Up.  Cute interview too-an infectious personality. Andra admits to being a Lucille Ball fan. (as am I). Can you tell?

Woodland Paola Pillows are made for this time of year- shot from an aging hosta leaf- available any time of day or night right here.