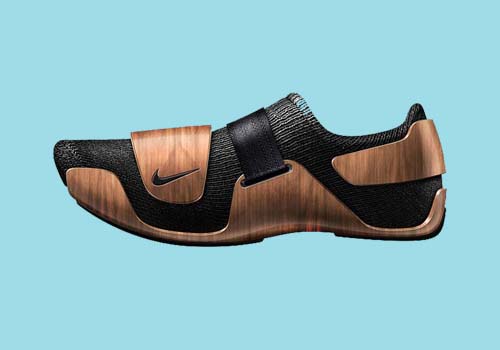 The shoe was designed by French designer Ora-Ïto as a tribute to American furniture designers Ray and Charles Eames. It’s a prototype- Nike hasn’t bought it yet. You can see its similarity to the Eames lounge chair designed for Herman Miller in 1954.

On a recent trip to the Brimfield Antique Flea Market Show in MA, I overheard a shopper confide that she and her husband were doing their home over in “mid- century modern.” I don’t know about you but I’ve heard that claim enough to wonder what people really mean by it. What are they reaching for? The Eames were known for their furniture design, during the period called mid-century modern- which spanned the mid-1940s to the 1960s. Some call mid-century an offshoot of Modern design- associated with the architecture and casual furnishings of homes in suburban California during the ‘50s.

Also associated with this period is Danish Modern, a vintage style of minimalist wood furniture. High Danish Modern is akin to DM but with important differentiators: “Danish designers like Hans Wegner, took on the uniquely Danish design tri-focus masterfully: Superior craftsmanship, a function-first approach to design and an aesthetic to fill the needs of a contentment-based lifestyle: High DM.” Lorin Hesse, Antiques Journal, September 2014.  These are timeless qualities worth considering in any style of home decorating. 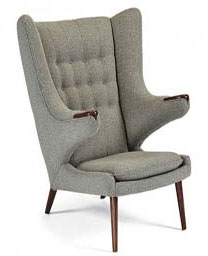 I believe that pleasing home décor includes elements that are artfully designed, made of comfortable quality materials and enjoyable to look at. I like the spare look of High Danish Modern. You begin with good bones (design/planning) and then dress it up in a personal way with color and distinctive soft goods. If you’d like to learn more about elements of the mid-century look, you might enjoy this blog:  http://midcenturymodernist.com/

Sunbaby is a new Paola Pillow that looks good anywhere, feels great, has a removable cotton sateen cover and wonderfully soft down. For the sake  of this story, we’ve placed it on a lounger by Ray and Charles Eames. I don’t about you but I’m feeling like kicking back… 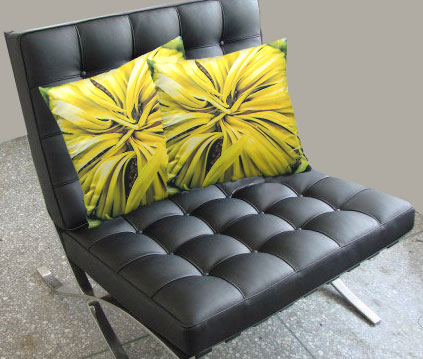 And, if you haven’t already, sign up for PaolaPrints and we’ll keep you posted on our march to market- Soon, you can put these pillows on your own chair! https://paolaprints.com/subscribe/