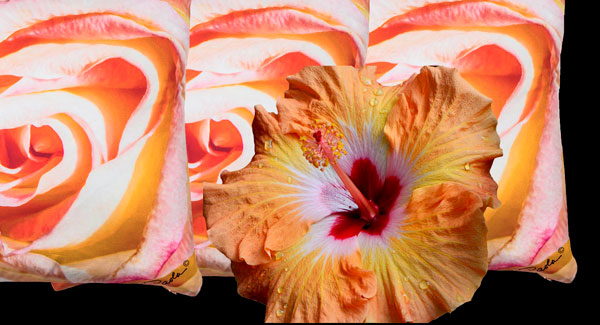 Two distinctly separate flowers that share the wonderful color peach, variations of which are also known as Peach Echo in the Pantone color palette for Spring 2016. 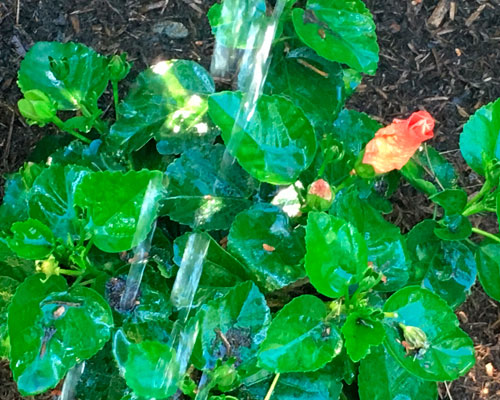 A tropical hibiscus is loaded with beauty- shown here, loved by the rain.

The tropical hibiscus was bought in North Carolina. I got two actually, and stuck them together in the garden. One of them got sickly and began dropping yellow leaves. I dug it out and moved it. Now, both are blooming well. Their days outside are numbered though, I’m casting about for a pot to plant them in, at which point they will become two new indoor plants for a New England winter. Only few plants are allowed this privilege.

Good news! The evil lily leaf beetle just may get its come-uppance..have you heard? Still testing but for now…I take them and kill them by hand. Works really well even if it’s gross. I struggle to keep up though and by the time I get to manually killing them- they’ve already eaten all the leaves. The astilbe are doing well this year. I’ve noticed they like a lot of water. Great color. 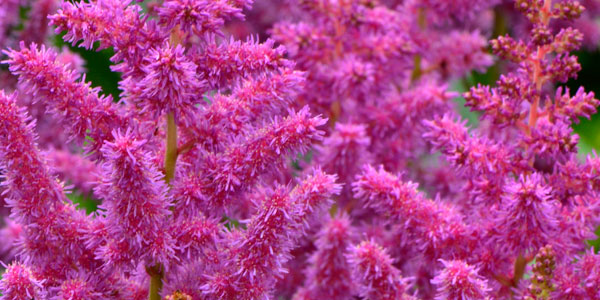 And, in the world of unwelcome pests, anybody else been overrun this year by chipmunks? The mild winter and abundance of food has them taking over the garden. If you start seeing holes all over, you probably have them. I saw two remedies I liked. 1. Plant a boatload of narcissus bulbs and see them run. The second option is a solar rotating owl- scares them. I already need one to chase away the sapsuckers killing the willow tree. 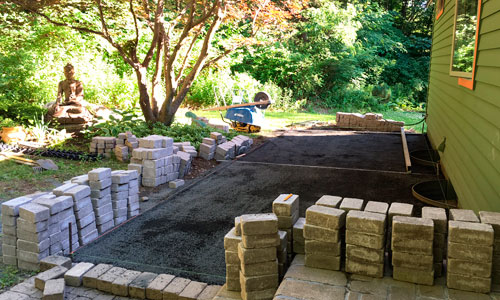 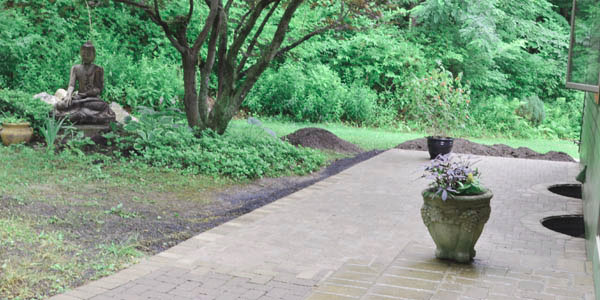 The front patio is done! I’m crazy about it. It looks very Italianate. The grey brick will work well with the gravel and existing field stone. Now onto the garden..To be continued, but first..get me through tomorrow. Or should I say, Get Me Through the Night. This is an almost too upbeat rendition by the            Highwaymen. i think you’ll  get a  kick out of watching a group of great musicians collaborate together.

More Paola Pillows here. What better way to bring the outside inside..and no bugs!