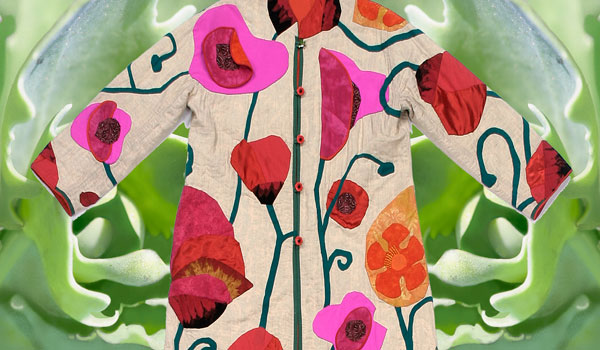 We spent a few days in Greenwich, as guests of a friend and set up our tent at the Bruce Museum Craft Festival. It poured rain the first of two days – and was cold too, worst I’ve seen at an event like that. We’ve been spoiled as we’ve only shown the pillows indoors. 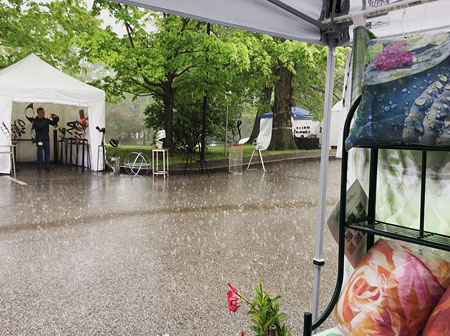 View from our tent. Not a single pillow came out from under plastic. We sold a scarf first thing and I’m pretty sure the buyer had hoped to put it on to keep warm- it was only a prototype so we had to send her away empty handed.

A life lesson we needed to learn: When displaying outside, prepare for stormy weather. Buy tent sides to close out cold and wet. It’s not enough to put a top overhead. You just can’t plan on it being nice and in this case, it was windy too. Be sure to put heavy weights on each tent leg. We had plastic covers for all the display cards and artwork, and didn’t set everything out the first day – it would have gotten soaked. We’d bought some disposable sides that kept falling apart but we bought  extra. The Bruce Museum staff was GREAT. I can’t say enough about their exhibitor support. They even fed us! 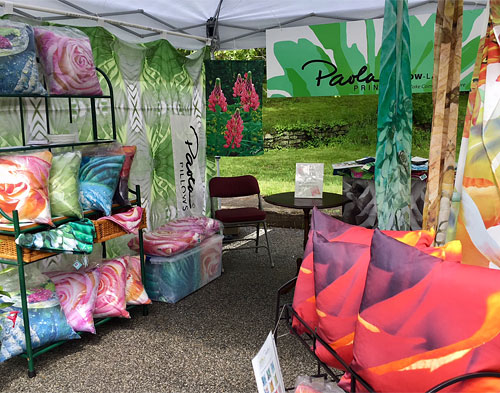 Day 2: The top right of the image was the star scarf of the show. The green lawn behind the tent was a perfect backdrop for the booth.

When the sun came out the second day, it was steaming hot and we began to meet some really nice people. Most importantly, we took some orders! My new scarves were a big hit -I’ve promised that the next one will be something blue to celebrate morning glories. Actually, the last scarf I designed was the only scarf ordered- amazing to watch, but pleasant enough. Glad it wasn’t the first one I did! 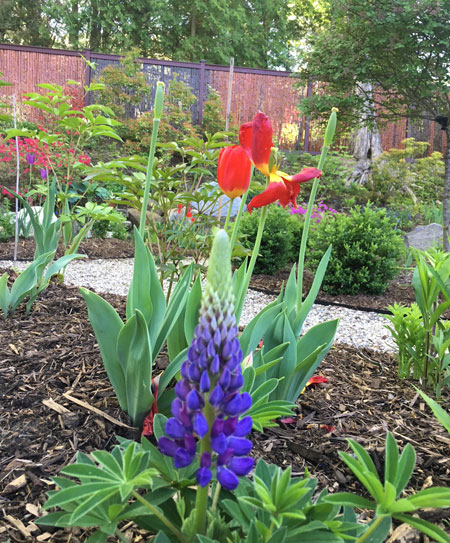 When we got home last night, I was shocked at how much the hosta had grown. There’s new green everywhere- even the slugs have already returned. I hit them quick with a sprinkling of my favorite Slug Magic last night.  Lily of the Valley are up and multiplied nicely over the winter. The first lupine blossom has popped, and the iris are tall and budding. The azaleas have started to flower. Very exciting to see. Time to finish laying in the mulch. Big push on that this week.

Koko Taylor (born Cora Anna Walton) was the daughter of a Tennessee sharecropper and born on a farm in Memphis Tennessee. She was orphaned at age 11, having earned the name Koko because of her love of chocolate. Her father encouraged her to sing gospel but she and her siblings apparently snuck out with homemade instruments to play the blues.

Koko left Tennessee when she was 18 with her soon-to-be-husband in 1952 and began singing in blues clubs in Chicago in the late 1950s. She was “discovered” in 1962, which led to her first recording contract in 1965 with Checker Records. Her recording of Wang Dang Doodle, reached #4 on the R&B charts and sold a million copies.

Koko won many awards including a Grammy for “Best Traditional Blues Album” in 1985. She was inducted into the Blues Hall of Fame in 1997. Sometimes called the “Queen of Blues” because of her regal bearing and rough, powerful vocals, Koko influenced many artists including Bonnie Raitt and Janis Joplin.

The take away? Be yourself and never give up perfecting your own style.  Koko Taylor performing Wang Dang Doodle live with Little Walter at the American Folk and Blues Festival in 1967. 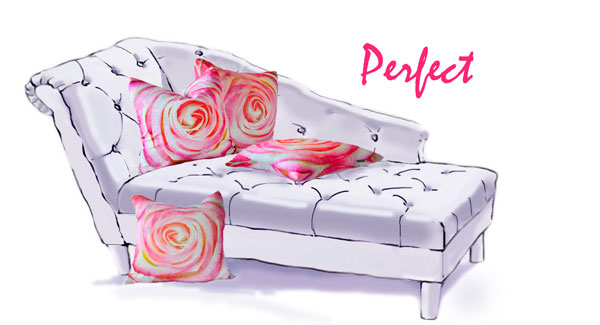 You can find Perfect and our other nine pillows here.

Subscribe here to our blog so you can stay on top of our new designs as they evolve. Let’s talk!