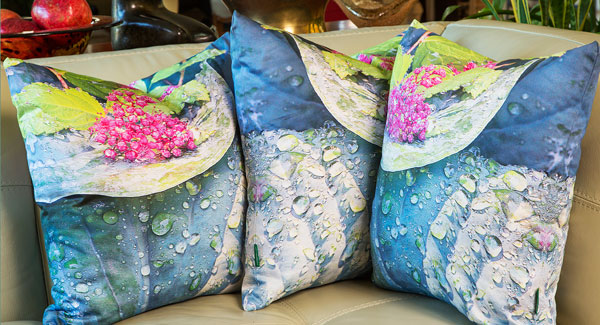 At the time of a person’s passing, people often comment on how they were personally affected. I remember more about David Bowie’s voice and his legendary style as an artist than specific songs.

David Bowie was a person who crossed many lines. I think he’ll most be remembered as a change agent- an androgynous soul at the forefront of music and the arts. Anyone who’s had a long successful career has embraced change. While David Bowie spearheaded dramatic innovation in his industry, he also got married and stay married to the same person, the beautiful supermodel Iman for over twenty years. That’s pretty amazing.

I think artists intuitively have a need to create, to reimagine life. You put something out there because you’re impelled to do so. It doesn’t necessarily fit within conventions people are accustomed to or that are even in vogue at the time.

For a few years now, I’ve gone to home and fashion trending events in the city to learn, talk with and see what other creators are putting out there. In a way, the process itself is somewhat at odds with how an artist usually creates. An artist is driven to realize something already in his head and heart. In selling, it’s important to find out what your audience wants and deliver it. In the best of all worlds, the two come together. You produce something that fulfills your creative urge and deliver something that resonates with others. 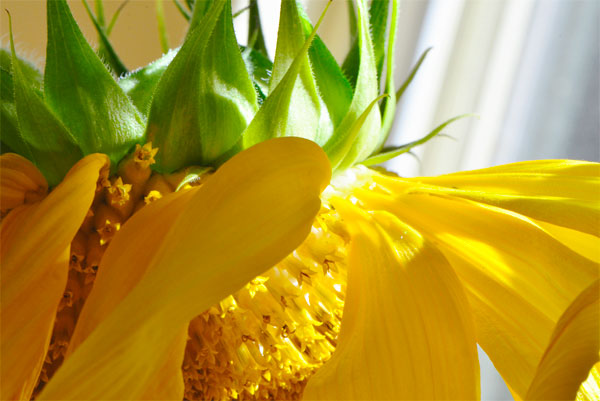 Sunflowers are full of sunshine- especially when grown from seed in my garden.

I’m crazy about color and design, specifically as it’s expressed through fabric. Classically educated in the visual arts, I follow certain conventions in relation to composition and color balance. At the same time, I’m jazzed by nature and natural light in the garden when shooting. In the best of days I allow  creative energy to lead me to new places and try not to put limits on it. Ultimately, the work I consider viable is at the intersection of  the visual drama of an idea’s beginning/capture and how it’s later realized on fabric.

Musicians have wonderful elements at their disposal. The combinations of sound, voice and poetry lead to endless possibilities. A friend posted “Space Oddity”– a David Bowie song performed by Commander Chris Hadfield on the International Space Station. The visuals and words are a great memorial to David Bowie. Wouldn’t we all like to be remembered in song?

After watching it I saw a second video -this one a TED talk by Chris entitled, ”What I learned from going blind in space.” He begins by asking people what the most scary or dangerous thing they’re ever done is. Then, he shares his launch experience and walking in outer space. It’s riveting and a very inspiring about breaking into new territory. Speaking of new territory and overcoming obstacles…I spent lots of time posting new photos posted on HOUZZ, today. Check them out.