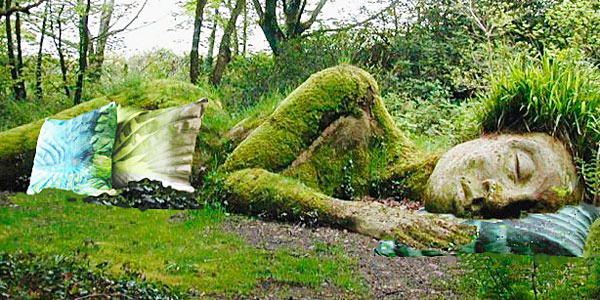 The Mud Maiden, a celebrated resident of the Lost Gardens of Heligan is content to rest on Paola Pillows because she intuitively senses that they like herself, came from the earth.

From the mid-18th Century to the beginning of the 20th Century, the Tremayne family of Cornwall England oversaw an expansive estate that included several gardens of different designs – typical of properties of that period. Before WWII there were 22 gardeners in attendance, many of whom died in the war. Heligan became a secret garden, lost for decades as it fell into disrepair untended. Happily, although the property was rented out, it was never sold, broken apart or developed. In 1990, the gardens were re-discovered and restored by extended family and enthusiasts.

Artist Sue Hill and her brother Pete were commissioned in 1998, to create some new artwork on the property. Mud, sand and cement were mixed together to form the Mud Maiden’s face and hands, then coated with yogurt to encourage the growth of lichen. It worked. 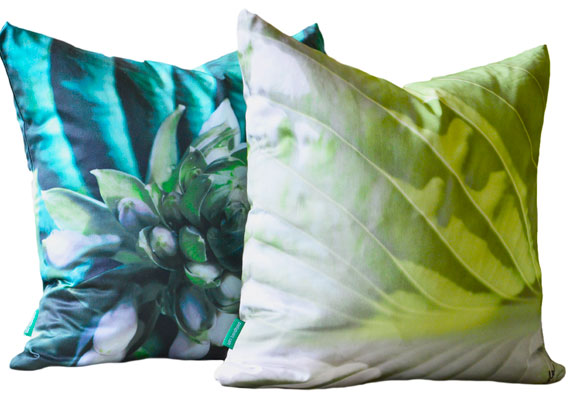 Speaking of nature…historically, natural fibers have long been considered desirable for their comfort, soft hand and versatility. Did I say FASHIONABLE? (I only use 100% cotton on Paola Pillows). You can learn more about why natural fibers are so popular, and also healthy for you.

I discovered a 36-year old singer-songwriter from Alabama I think you’ll like.  Jason Isbell comes from a musical family whose influences included gospel, bluegrass and the Grand Ole Opry. He plays guitar and has an impressive voice too. “Something More Than Free” was released in July.