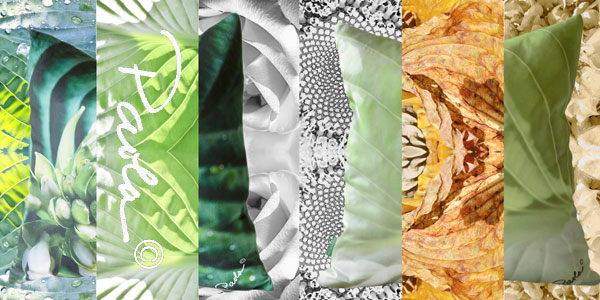 I’ve been thinking through new pillow designs. The changing fall days have been inspiring. Lately I’m focussing on how the new ideas, relate or contrast with existing designs. In between bar codes and shipping…

If you know my work, I’ve always been attracted to hostas- in part because of the movement in their leaves- undulating shapes like waves or draped fabric. Bringing the outdoors inside will soon be much appreciated. Today’s cold rain was a harbinger of shorter, colder days to come. It’s true!

He was the son of two musicians, born in Jackson Mississippi, and started playing piano at age 7. (Don’t they all?) By 14, Otis was performing with bands around the Jackson area. He was best known as Muddy Water’s piano player- until 1968 when he continued recording and playing with many greats including Eric Clapton, Buddy Guy and Fleetwood Mac. From1963 -Spann’s Blues. http://youtu.be/ApvQgSE7Kk8

Last but not least. I couldn’t resist posting this video I found about the Emerald Isle. Does it not make you want to travel? http://tinyurl.com/nwrafka