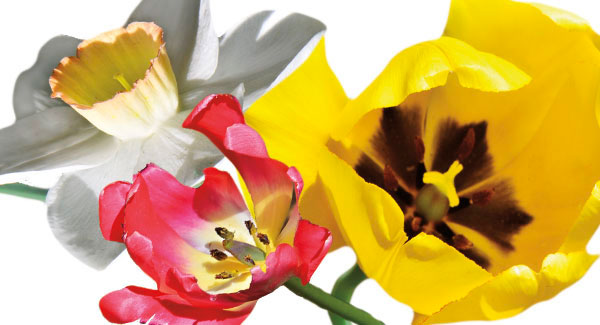 Easy Does it. Spring is in no Hurry.

The flowers are slowly opening. It’s been chilly most mornings and even  some days. The azaleas are still slow to show and the other flowers are lasting longer then usual. I’m not complaining, but after no flowering last year, I admit to some confusion over what colors they are. 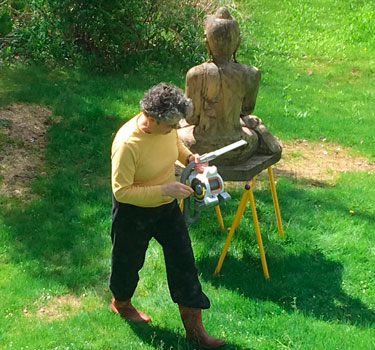 Serenity spent 24 hours on the lawn, airing out after injections of carburetor cleaner. Perfect for bugs. Smelly for humans.

I took advantage of the weather to get started on the Serenity statue that’s been waiting patiently downstairs for a coat of sealant. When we bought it, the wood was already bare- years spent outside in the garden have taken a toll. As usual, it’s taking way longer then planned. Geeze. I first discovered the bugs when I saw powdered wood and holes in the statue. My original plan had been to just patch and seal it. Once I’d vacuumed the dust up I discovered larger holes and greater structural problems from many years outside in the garden. Ah well, hoping to finish him up this week. 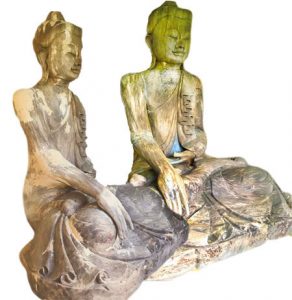 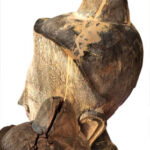 Notice the weather damage to the top of the head on the lower left. I filled the cracks with liquid nails followed by a chaser of putty that hardens as it dries.

This afternoon I alternated sanding with driveway prep for a truck of gravel next week. You can’t have a gravel drive in New England without annual work to keep weeds at bay and gravel off the grass. I spent the afternoon raking, weeding and spraying my vinegar potion to kill what’s there and supress what would like to be there until the gravel is dumped. Can’t wait!

This song is from her first solo album called “Tomorrow is My Turn.” May we all enjoy tomorrow! Rhiannon Giddens – Angel City

You can enjoy Paola Prints pillows here. Subscribe and join us weekly for garden and music talk!