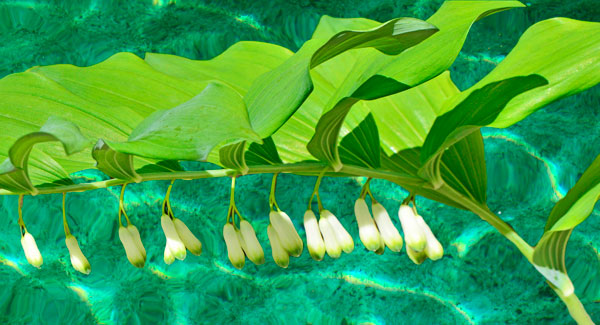 Solomon’s Seal is an elegant native American woodland plant- a bittersweet herb that includes an active ingredient also found in Lily of the Valley- blooming now in Connecticut gardens. This plant is a shade-loving perennial-with a rich history of restorative properties dating back centuries.

I’ve previously warned readers that as it’s now growing season, I plan to be hopelessly preoccupied with the great outdoors. This week included weeding, planting and scheming. And it’s only just begun because..

It’s lilac time. I’m going for the continuous bloom concept borrowed from the 18th century, “golden age of gardening” at my own house. The problem is that the concept is addictive. You just can’t spend enough time reading, digging and dreaming about the next necessary improvements. (I don’t like the idea of buying annuals to maintain garden color because they come and go too fast; always looking for more water then I have time to give them). 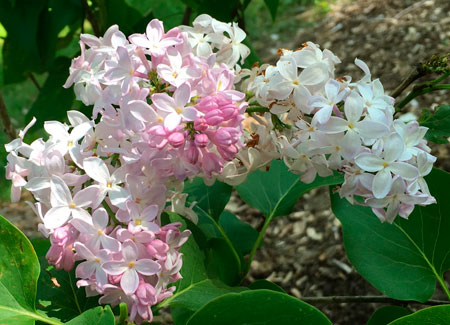 Here in Connecticut, lilac season spans May through June. This one I just planted yesterday. I bought it at the historic Bellamy -Ferriday House in Bethlehem CT. (The peonies at Bellamy are just starting, give them a couple weeks and come revel in their blissful pink aroma, followed by endless ROSES. 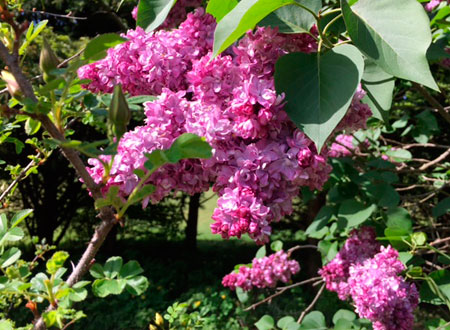 Syringa ‘Macrostachya,’ was introduced from Nantes, France in 1874. This one was propagated by George MacCleary, the Horticulturalist at Bellamy –Ferriday. Its name “Macrostachya” means “with a large spike.” The flower is most pretty at half-bloom when the deeper pink, unopened buds combine with the paler pink open florets. It blooms mid -spring, just after the viburnum and early azaleas. Of course, Bellamy -Ferriday has some spectacular well-established lilac trees like this French double magenta “ Charles Joly” An outstanding awesome scent. 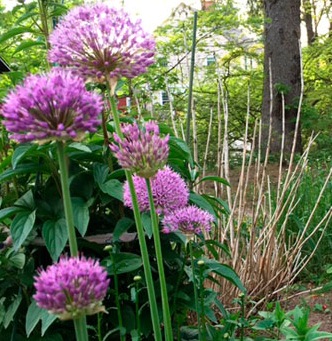 I’ve sort of resigned myself to the fact that the early heat and snow that buried early tulips and chilled the magnolias, also greatly diminished the azaleas. Verry few flowers out there. The allium are valiantly reappearing. The tight-headed peonies are planning their grand entrance soon. And my decorative lilac is biding its time. Lilacs, like tulips, bloom over time depending on the variety.

Carmen DeVito and Alice Marcus Krieg, owners of Groundworks, a NYC design/landscaping business, have taped  many stories about the historical and modern role of women in horticulture- a traditionally male dominated field. Women were often imprisoned by kitchen gardening duties, but were also feared because of the perception that they were somehow complicit with the power of nature. This is a 30 -minute recording broadcast on May 2, 2010 by Heritage Radio Network. Entitled “Great Ladies of Horticulture.” Re-visit it when you have time to enjoy it.

But for now, I offer a song from another amazing woman, from Vermont, entitled After Rain. Susannnah Blachly is fiddler, tunesmith & singer/songwriter from Marshfield, VT where she lives with her son, Adam, her husband, Tom, her dog, Monday, and Bob the cockatiel. She is a psychotherapist by day. In the rest of her free time she’s also an actress, working with both the Unadilla Theater in East Calais VT (summers) and Shakespeare In The Hills of Plainfield, VT.

And before I forget..Paola Pillows are ON SALE now through Memorial Day. Ten designs. Twenty percent off! 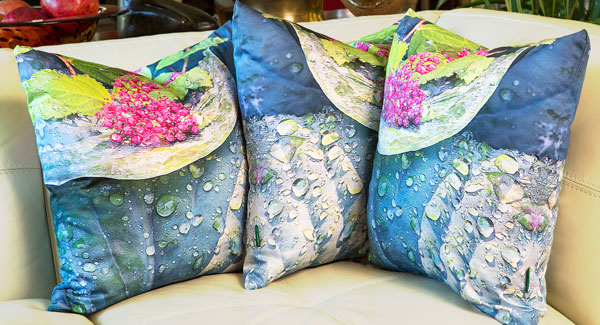