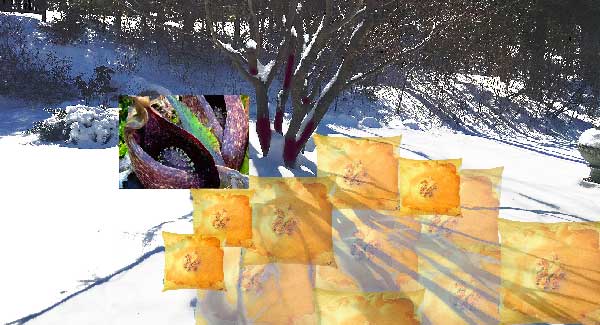 I’m crazy about end of season snowfalls. As messy as it is, it lacks punch, which leaves the door wide open for that next season we’re all waiting for. Spring. And early daffodils splayed across the shadow branches of a Japanese Maple. 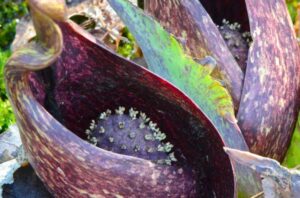 I’m pretty sure we won’t see many skunk cabbages for another month – at the end of March. Their fetid odor is a true harbinger of Spring as it comes wafting over the wetlands. Hard, protective leaves arch over smelly “flowers,” attracting early insects bent on escaping the lingering winter. Quite a unique looking plant. And very special change incoming. 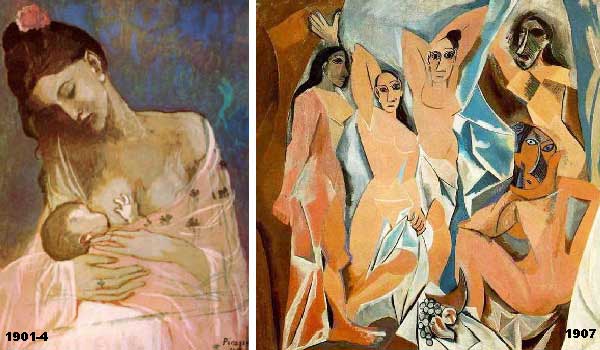 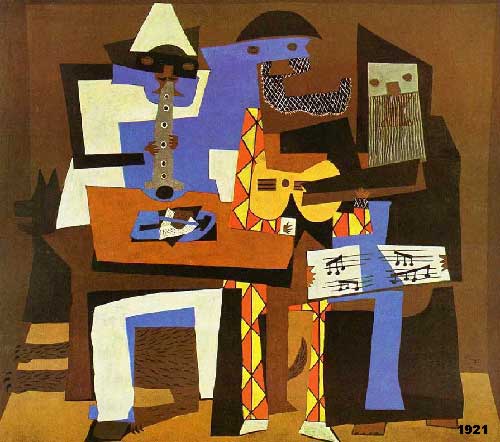 I’m a firm believer in acknowledging genius that successfully marries longevity with progress. Pablo Picasso is one of those enduring talents. You may not like his style, certainly there are artists who are more visually beautiful, but if you consider just three of his paintings over time, his ability to work in very different styles and building on what went before, he’s very cool. The fact that later in his career he changed from representational work to abstract art is close to my heart.

I love the Three Musicians the best- three stylish guys up for a party. 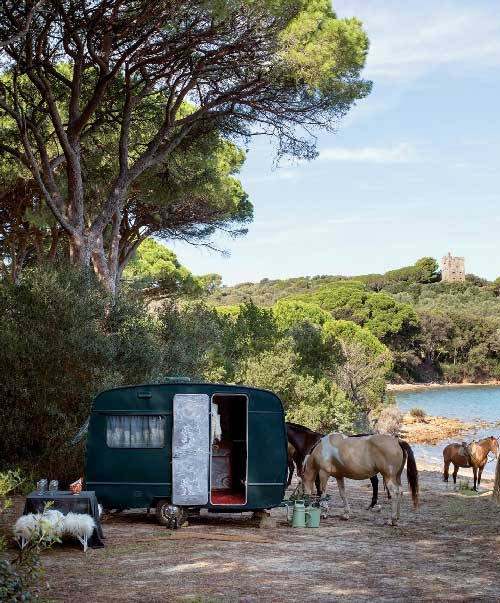 Interior decorators help people create living spaces that they love, that work for them. At the same time, like artists, they bring their own personal style to each project. I like Paola Moretti’s work very much. She’s a northern Italian stylist/decorator featured in the Sunday NYT Magazine. This is a slide show of some of her work.I love the spare, open space juxtaposed with intense color and detail. My takeaway is that you don’t need a lot of things, just beautiful, functional ones. And check out her…caravan on Lake Garda.

Paola Pillows bring soft comfort into your home life-intense colors from the garden and soft feather down pillows you can chill on. Peachy and Palma. 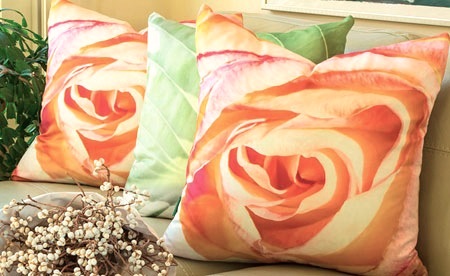 Shinyribs is a country soul and swamp funk band whose inspiration is Texas native Kevin Russell. His career is a testament to the power of making music for the sheer joy of making it. He claims all he’s ever done is follow his muse. He thinks of his music as genre bending.

“One thing I got from Johnny Cash was that he used to do all kinds of songs. In an interview I read he said that he didn’t care what kind of song it was. If it was a good song, he wanted to learn it and know it. So there again was another hint from the universe: Who cares about genres? It doesn’t matter. Good music is everywhere.”

Ok, I admit it-I chose this song because of the fabulous cape. I want it. What a show. Visual and auditory delight. Shinyrib’s Austin City Limits debut, published this February. East Texas Rust

Sign up for our blog and enjoy new designs, garden chatter and music biweekly!