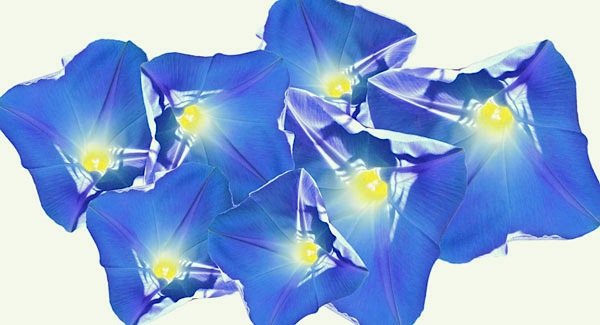 Morning glories are a great example of a short life cycle. Their crazy stunning blooms start opening first thing in the morning, droop by mid -afternoon, and infold before day’s end into the white throat they sprang from early that same day. 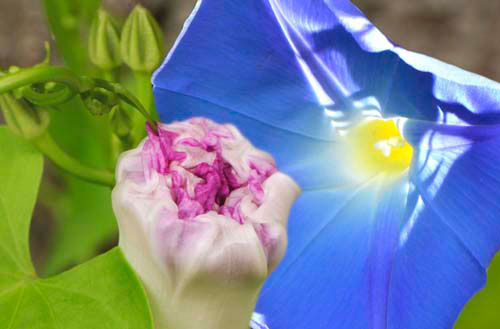 This week, I traveled to the New School in NYC, for an event called “Talking Textiles”, shaped by Lidewij Edelcourt, Dean of Hybrid Studies and founder of Edelcourt, Inc., the world famous fashion trend forecasting company. The day was hosted by Philip Fimmano, Director of Edelcourt’s New York based creative studio.

Speakers covered a range of topics. One interesting segment included images from a recent show at the MET, the Costume Institute’s exhibition called Manus x Machina showcasing haute couture from the 19th century (when the sewing machine was invented) to present day.

The show pinpointed the emergence of a distinction between hand (manus) and machine (machina) made. Over the years, there’s been a persistent contrast drawn between hand and machine made clothing. Which one is of greater value, what is the “right” role of each in the creative process. There were very interesting visuals of old, incredibly ornate embroidery against new synthetic materials used in high fashion clothing, some hand applied, others using high tech methods.

As a member of the American Craft Council, and a daughter of two artists, I’ve followed this topic for years. Curious to hear of it today- as it really never ends. My photography, applied to fabric and sewn into a multi-dimensional piece of art (a decorative pillow), uses a full range of available tools.

I weary of the suggestion that fabrics must be hand sewn to be special. In my humble opinion, a tool is only as smart, beautiful, or special as the informed mind wielding it. That tool can be high or low tech or both. 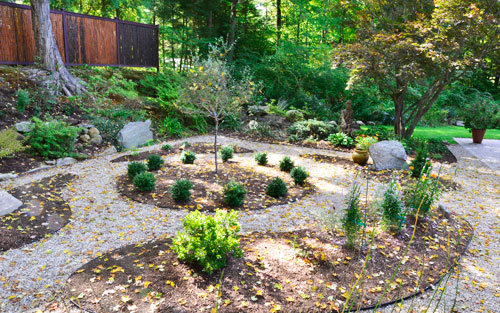 This new garden will be blend of plants and flowers from around the world. 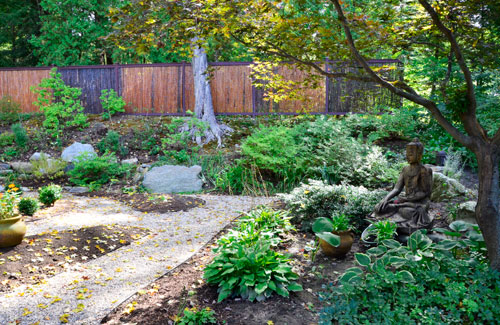 Our Serenity is happy with the recent work in the garden. I like to place errant flowers in his hand. Today it was the last bloom from a geranium.

Sometimes, I rescue plants from big box stores. I bring them home and lavish them with good soil, water and appropriate sunlight. Most often, they respond very well. They can rebound even better then their hothouse counterparts bought at a fancy greenhouse. Truthfully, the best plants are usually the locally grown plants that thrive in the garden because they grew up in Connecticut.

Life maybe short, but it’s never too late for music.

Sister Rosetta Tharpe, gospel singer and guitar player, was born to cotton picking parents in Arkansas in 1915 -the daughter of an evangelist mother also called a “stomp down Christian.” Rosetta’s music took her far and wide and spanned gospel, rhythm and blues and big band sound.

Sister Rosetta was called the “original soul sister” and the Godmother of Rock and Roll. She moved with her mother to Alabama at the age of six and began performing by ten at the Church of God in Christ, travelling with her Mom from town to town. She’s said to have influenced early rock and roll musicians like Little Richard, Johhny Cash and Elvis Presley. Listen up. You’ll love her. Her story here.

Fall is almost here, winter around the corner. Celebrate summer all year long curled up with a Paola Pillow or two… 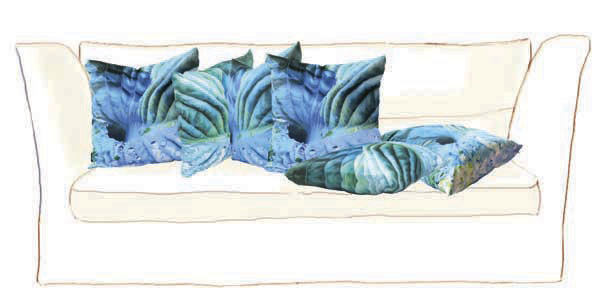