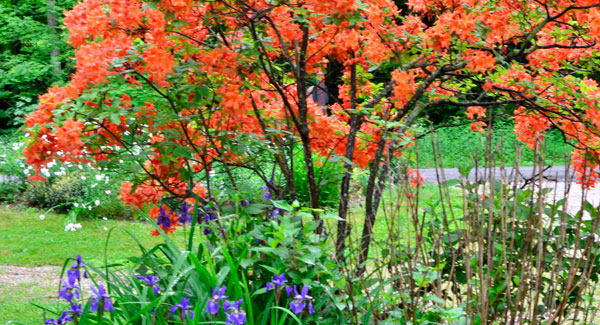 Color choices are very personal and largely begin with an instinctual response. And yes, opposites really do attract. Attractions to colors evolve over time. At different points, I’ve been crazy for single intense, hot colors- pink, red, and …fuchsia. Then, all of a sudden, I get drawn to the blues. Color attractions can be variable, driven by emotion.

Six years ago when we updated our house, our color selections emerged as  pairs. Which consistently became variations of green and orange. I don’t think I was mad about either one. It was always two colors together. Instinctively, I knew both colors were desirable for a pleasing living space.

Throughout history, artists have worked intimately with color theory. It’s said that Leonardo da Vinci (1452) believed that the finest harmonies were between opposite colors. Newton’s color circle of 1704 suggested that colors opposite one another had both the strongest contrast and harmony. German poet Goethe (1810) wrote of complementary colors that ”demanded” one another. (I like that). 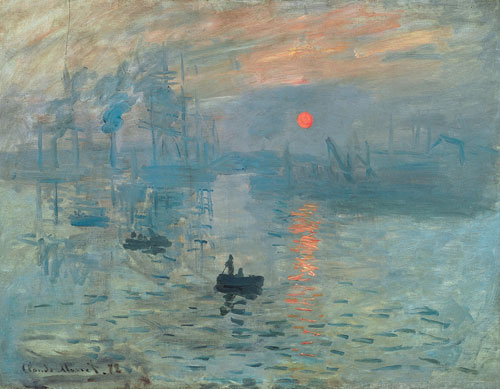 Claude Monet said that “Color makes its impact from contrasts rather than inherent qualities…. the primary colors seem more brilliant when they’re in contrast with their complementary colors.” 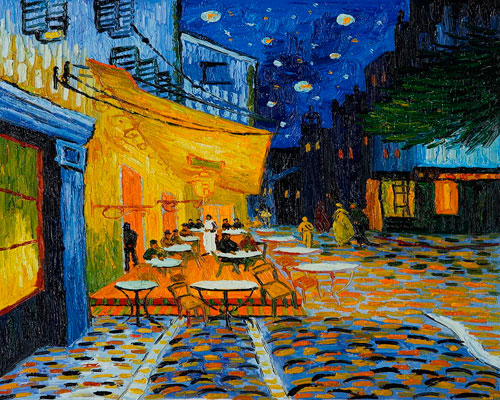 My favorite has to be Vincent Van Gogh (1853) who wrote of “searching for oppositions of blue with orange, of red with green, of yellow with violet..to harmonize the brutality of extremes- trying to make colors intense rather then a harmony of greys.” Which reminds me of his famous quote: “I would rather die of passion than of boredom.”

I am instantly attracted to opposite colors, in life and in nature. I have very strong responses to color in general and quickly tire of the banal- sometimes evidenced in an excessive use of neutral, whites and pastels in home decor. I believe that there is opportunity, pleasure and ultimately, peace, to be found in harmonizing extremes rather then dulling things down to some sort of stasis that loses the fun! 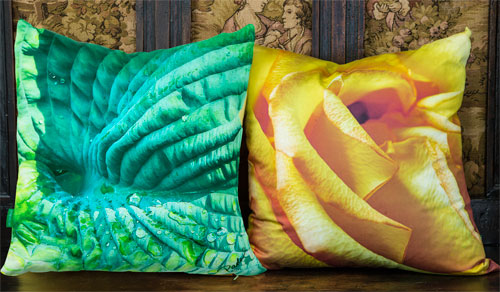 And..the great Billy Joel. A testament to the attraction of opposites. Uptown Girl.