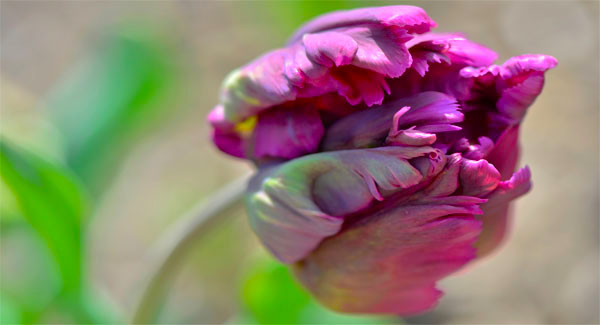 A mysterious variety requiring a little more attention. And nothing ate the parrot tulips- even as other varieties got chomped. Have your tulips been eaten this year? Mine have! Even a hosta spear was gutted. Since this is the enclosed garden’s second year, perhaps the creatures have just discovered a new produce source.

Parrot tulips are freaky looking as they emerge from a knotted, twisted, multi- colored clump. 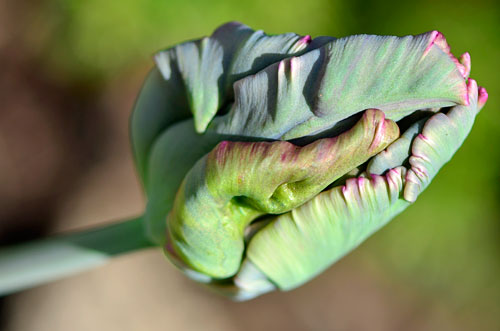 You might almost think they’re diseased as their petals cling to one other before finally blooming. I so vastly prefer their look to other family members though. More about parrot tulips here. They’re a little picky though. This is a tulip that likes its water, once weekly (on the ground, not on its head) while blooming and getting dug up end of season, after the foliage yellows, and re-planted after the temp drops (before the ground freezes). And fertilizer too!

The garden is coming alive. This is the second growing season and you can see the difference a year has made. I love it! I 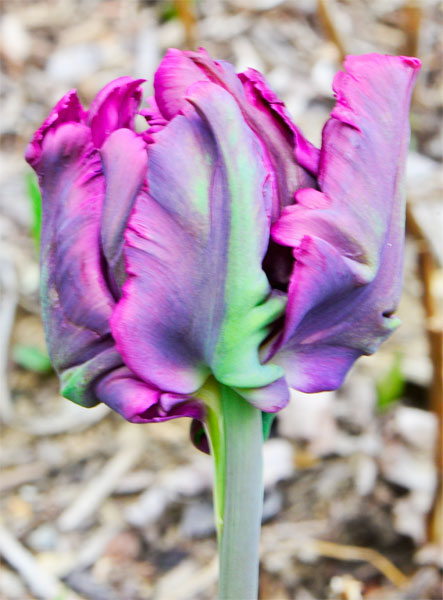 hope you have enough going on this spring, if not, reach out and I’ll make suggestions. I have not even touched the 5 yards of mulch…

Many Paola Pillows are going to be pressed and filled by next weekend. The new scarves are sewn and waiting for a good steam pressing. The show is just around the corner and much is yet to get done. We’ll put the new tent up next week and figure out the displays. If you’re in the neighborhood, stop in and see us at the Bruce Museum – the 32nd Annual Craft Festival. Lots of artisanal goods for two whole days- May 19 and 20.

Tim Bergling, a Swedish musician better known by his stage name Avicii, was a DJ, remixer and record producer. Avicii was a pioneer of the contemporary Electronic Dance Movement. He won MTV and Billboard Music Awards and earned two Grammy nominations. “Wake Me Up” was one of his big hits. Avicii died on April 20 at the young age of 28. A letter from family stated he’d suffered from severe mental health and stress for years. Rest in peace, Tim.

You can find Paola Pillows for sale here 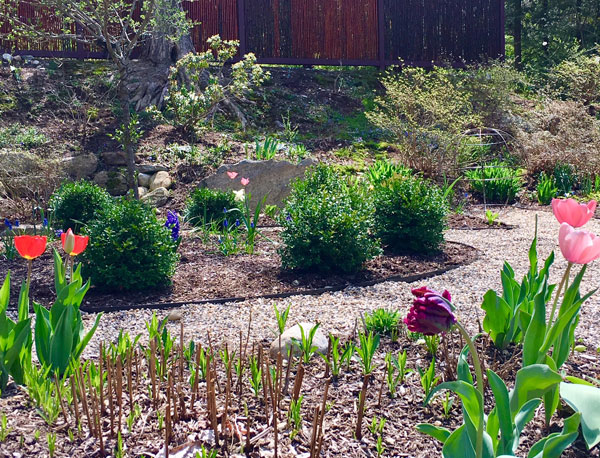 Paola Prints begin in the garden. You can have flowers all year long in your home-without the gardening. For myself, gardening makes me happy. 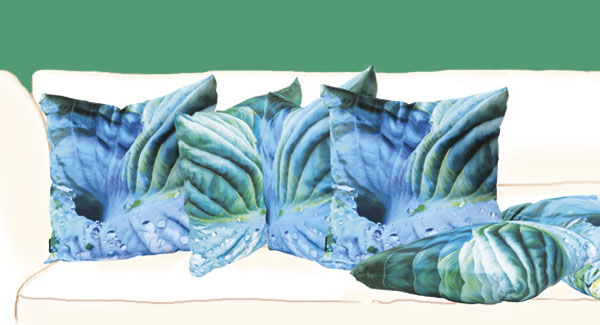 Aquilina was originally a hosta plant growing in my garden. Today, she’s beautiful pillows, and her plant keeps on going.