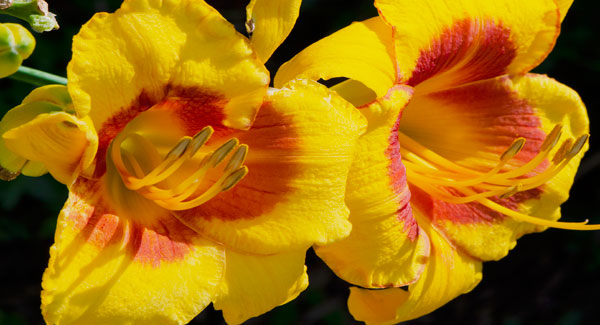 I’ll never tire of waking at night to the sound of rain falling. Walking outside in a morning garden and seeing the blessed dark soil tells you it was good all around. Late July into August leads quickly into maintenance, which this week included pruning, staking and pest control. 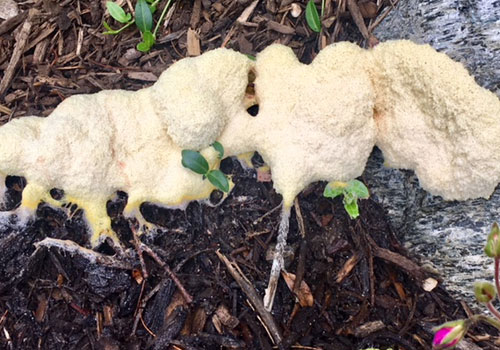 Well, this was a first. It literally appeared overnight. My friend shared this link to allay my fears. Nothing to see, nothing to worry about…move on. It’s only natural. Especially after the deluge we’ve been having. I’m still going to shovel it up! 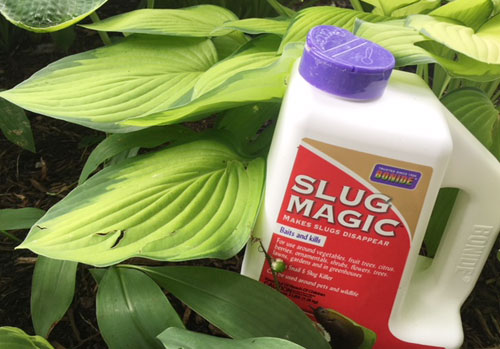 There’s lots more torn hosta leaves this year.Twice a week I circulate looking for telltale slug damage, torn leaves on hosta, day lilies and soon- to-bloom phlox. This is an easy one- sprinkling Slug Magic on the ground, but more than usual given the rain. 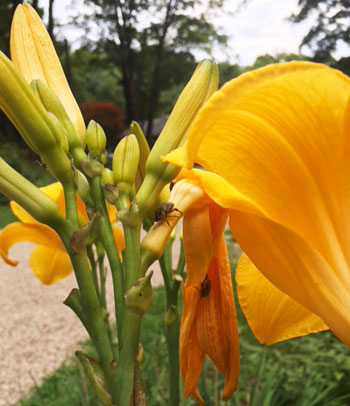 This pest almost single -handedly caused me to design a formal garden up near the house while eliminating my favorite fragrant hybrid lilies. It’s been impossible to maintain garden pests from a distance. Since the hybrids are almost all gone, the beetles now settle for the day lilies. The good news is that when I remove the day-old spent lily flowers, I can squish the inevitable beetles hiding inside them underfoot. A twofer. I’ve yet to find a successful low maintenance alternative to ridding the garden of beetles. 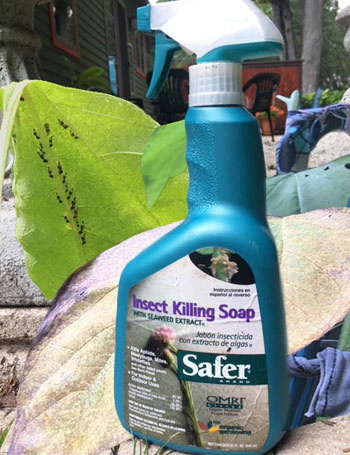 The Safer Cure for Ants

A frightful new blight that’s attacked my sunflowers after two years of not growing them. I think the severity is related to a weaker plant strain, less sun and lots of rain. Never seen this damage before. The ants appear to lay a hard small nest on the leaf underside until it hatches and discharges teams of ants that infest the leaf until it turns yellow, brown and falls off. They work their way up the stalk. I spray Safer faithfully as often as necessary and it looks like we MIGHT get a couple flowers. I started them from seed so I’d really like that. 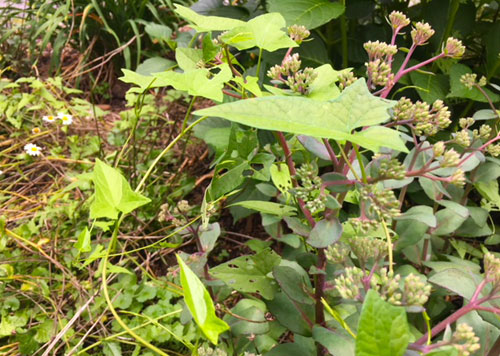 They linger by the road, choking everything in reach. The rain has blessed them with innumerable tough tendrils- devoid of flower in their rogue state. (They’ve conspired with the beetles to move all gardening up to the house). Very soon, I will be down there to carefully pull them up by their roots. It’s time to cut back primroses and spent peonies anyway.

The Scarves Are Up 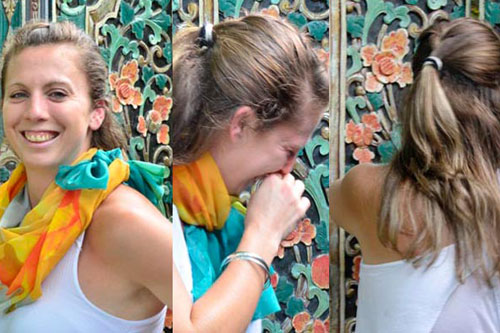 I had great fun today, loaded up the scarf gallery and made a photo composite for the web page. Bridget was the star of the day, but I’ve added a couple other images. We sold three more scarves this week: Morning, Aqua Darling, and Creamsicle. Check them out. We now have three scarves in-stock for sewing: Woodland, Glory Green, Dancing Tulips- one week turn around to you. The others are available to order. They’ll take between 3 and 4 weeks to print and sew.

Langhorne Slim is an American singer -songwriter of alternative rock from Langhorne PA. This song is from his fourth full-length album.  They’ve played on Conan O’Brien and Rolling Stone calls the album damn near perfect. Well I don’t know. I love the exuberance! We need to bottle it up and spread it around the political arena. Langhorne Slim & the Law- The Way We Move

Paola Pillows are always in bloom! 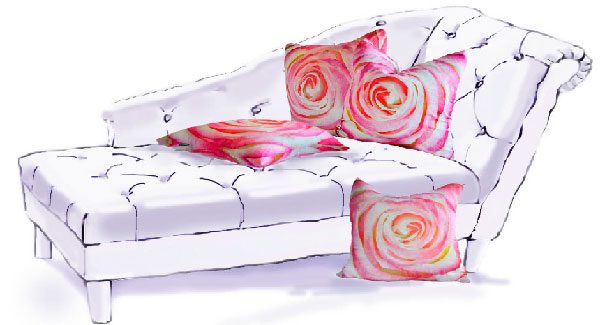 Perfect Rose is a delightful Paola Pillow. A great way to enjoy flowers without the work. On your couch!