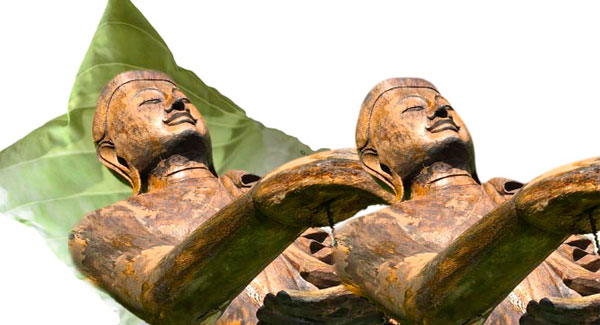 Will There Be Serenity This Week?

⊃When we bought our serenity statue five years ago and installed him in the garden, I had no idea I’d spend so much of the last weeks fighting to save his life. He’s been a favorite fixture in the garden, watching over it as it grows. His seat under the Japanese maple is a perfect fit.

If you’re in the market for bringing new things to your garden, this is an interesting site. Some articles here that cover different topics that are a good source of resources.

For myself. We prefer to wander annually to Brimfield Antique Flea Markets, MA- coming up next, July 11-July 16. Black Rock Galleries in Bridgeport and estate sales as they emerge in the near countryside. Shipping can be costly if you’re looking for stone, metal or large structures. Besides, if your tastes run to the unusual, you may also just enjoy the hunt itself. We love it. Soon, I know, I’ll be hunting for solar lights. But again, I’m pretty particular… 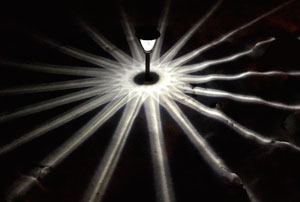 Ever seen a light like this one we saw in New Marlborough a couple months ago? I want some…!

Serenity was bare hardwood when we found him although it was suggested he had been painted at one time. Each fall, we’ve brought him into the barn to keep him out of the worst of New England winter. Even so, his body suffered a couple limb re-attachments both before and after we bought him, sometimes with some kind of plastic. I got to know it ALL this week.

Things never seem to play out as you expect.. I’d discovered evidence of bugs in Serenity and felt good about zapping him with carburetor fluid – as suggested by the local hardware guy. After busily assaulting him ( Serenity, not the hardware guy) with liquid nails in the deep cracks, followed by a back fill of bigger holes with stainable putty, I had diligently started layers of stain to even out some really varied colors spots. Of course, every time I encountered plastic anywhere, I had to cover it with putty or sand it back to wood for repair. Really don’t like plastic over wood.

Bottom half of Serenity after the fall. Guts on the left, Durham’s on the right.

No doubt about it. Serenity was a hot mess. And yet, throughout the most aggressive of labor, he maintained his wonderful smile. One day away from the final tung oil, spar varnish coating, he broke clear in half when we laid him up high to seal his bottom. 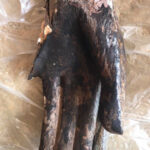 So, of course, when his hand broke off, I figured it too, needed more attention.

And oh, happy fault. His guts were literally wasted with dry rot and bugs. I vigorously gouged out all 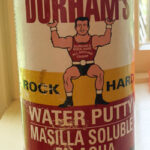 the loose stuff, sprayed him again with the carb fluid in his new holes and filled both halves with a serious product called Durham’s Water Putty, happily, water-based material unlike most other outdoor products. Serenity is now laying in pieces in the basement drying. Re-attaching the two halves of his body will require both Larry and myself. To drill or not to drill. That will be the question. Serenity will be in the garden soon. 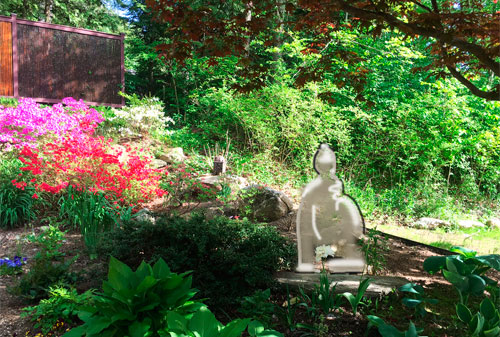 Serenity watches over the gardens and all the plants that grow in it. Paola Pillows begin in the garden. You can bring them into your home too!

All of Me , sung here by Billie Holiday, seemed an appropriate song for today, given the many pieces of Serenity waiting to be brought back together. Some beautiful black and white photos of the amazing Billie Holliday.