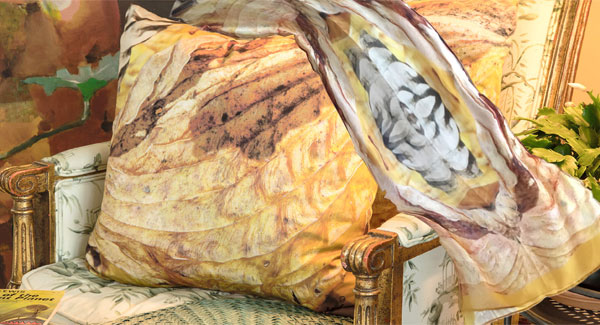 Historically, May 1 has been celebrated as the beginning of Spring, a time to finally expel winter once and for all. (Who isn’t ready for the end of winter?) I know I am. Keep in mind that officially, it could STILL freeze in Zone 5 until May 12. Just wait a little longer before putting out those bedding plants. 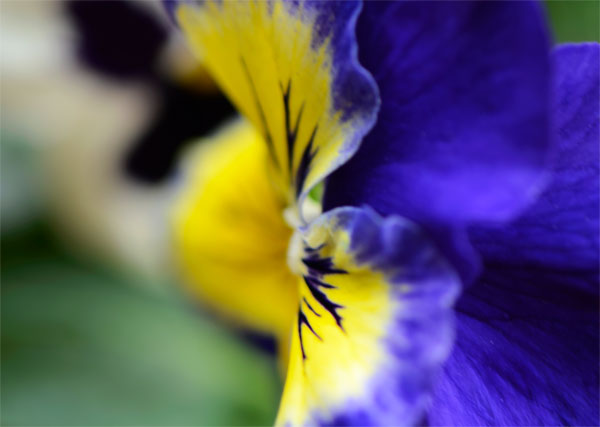 Pansies are drama queens too.

Not surprisingly, in ancient Rome, May was dedicated to Flora, the goddess of blossoms, with anticipatory dancing and games through the end of April. Traditionally, Roman Catholics dedicate the whole month to Mary. Growing up in Catholic school, we had a procession outside every morning, sang songs and crowned a statue of Mary. I have vivid memories of making a crown from spring flowers and putting it in the refrigerator overnight when it was my turn. I loved doing it. Secular versions of May Day, from both Europe and North America, are best known for their traditions of dancing around a maypole and crowning the Queen of May.

And where, you ask, did the expression, “mayday, mayday, “ come from? I wondered too. It has nothing to do with May 1st.” Mayday got its start as an international distress call in 1923- made official in 1948. It was Frederick Mockford’s idea, who was senior radio officer at Croydon Airport in London. He came up with the idea for “mayday” because it sounded like the French word “m’aider”, which means “help me.” 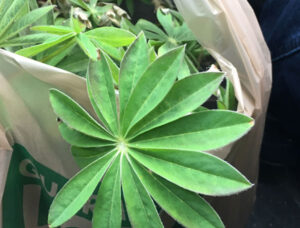 I spied three little blue lupine plants on sale at Home Depot. I rescued them.

Many yards of mulch are arriving this week, hopefully followed by gravel for the walks and drive- all vital aspects of weed control. I never realized that winter freeze causes metal edging to escape the ground. It pops right up out of the soil. I never knew there was so much edging in my little garden. I’m only half done. The plus side is once you’re down at ground level, you can weed out new maple sprouts in the gravel and cultivate the soil around the plants. 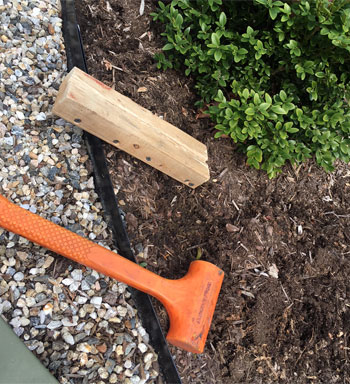 This year, Larry, made me a cool wood block to hammer the edging back down. Notice the slot in the wood, it protects the metal edge. It’s REALLY tedious, but it’s too easy to damage the edging if you flail away at it without a rubber mallet and block. I know I’ve tried.

All gardeners know how important water is in the garden. Oceans are even more top of mind as summer approaches. Love this song. Chantal Chamberland is a contemporary French Canadian jazz vocalist who gets my vote as having the most sensuous delivery of this song. La Mer, written by French composer Charles Trenet. Awesome voice.  Time to grab a glass of wine and head out to inspect the garden. 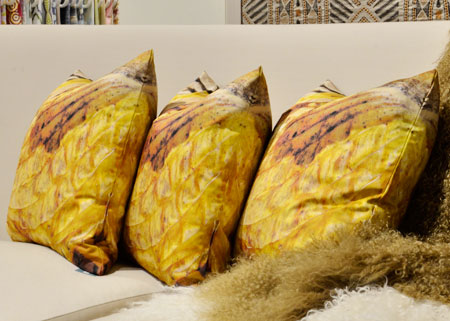 You can see all current Paola Pillow designs here. Photo keepsakes from my garden to a couch near you!